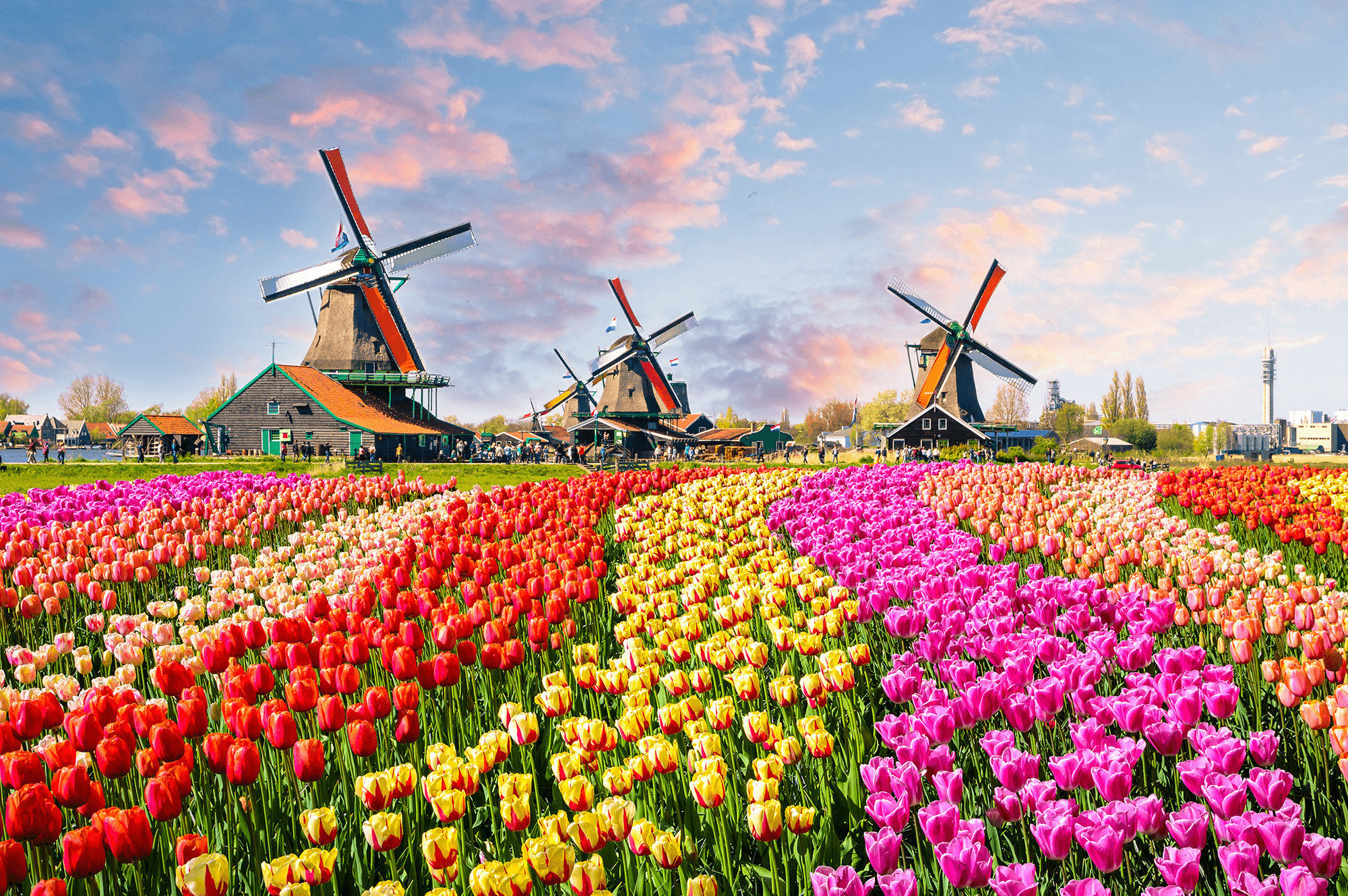 Hortus Botanicus — A botanical garden with a cafe in the city center. Vondelpark — One of the city’s biggest parks, with an outdoor open-air theater, playgrounds, food stalls, and more.

Day trip (<45 min drive from the city) Naardermeer — a nature reserve with several lakes connected by waterways. You can take the train from Amsterdam Centraal to Naarden-Bussum station.  Zuid-Kennemerland — The closest national park to the city. All cycling paths are wheelchair accessible. Loosdrechtse Plassen — Netherlands has several lake districts throughout the country that you can visit by car, train or bike.

Weekend trip (>45 min drive from the city) Brussels, Paris, and Cologne — All of these European cities are just a short trip away from Amsterdam by train.

Rotterdam — The second largest city in the Netherlands, with great nightlife, museums, and a historic part of the town called Delftshaven. If you want to explore smaller dutch towns nearby, follow this guide.

Popular sports in the area

Amsterdam is one of the bicycle capitals of the world - you’ll notice many use bicycles as their primary mode of transportation in the city. Amsterdam's historic city center is best explored by bike. There are many scenic cycling routes in and outside of the city that will let you explore nature even if you don’t have a car. The cycling routes are very safe and easy to use, and wearing a helmet is not mandatory by law.

Amsterdam has great hiking trails in and outside of the city.    Oisterwijkse Bossen en Vennen (1-hour drive from the city)  A wooded area with nature trails and cycling paths, freshwater pools and walking trails circling around a large pond.